Van Dijk played a vital role as Liverpool won the 2018-2019 UEFA Champions League, producing several standout performances at the heart of Jurgen Klopp's defence en route to the title, making him one of the favourites for major individual awards.

He was pipped to The Best FIFA Men's Player award by Barcelona star Messi, who will surely be Van Dijk's biggest competition for the Ballon d'Or having inspired a Barca side many consider underwhelming to the league title.

Ajax captured the imagination of neutrals in Europe's elite competition last term, reaching the semi-finals in stunning fashion before dramatically going out to Tottenham, and a couple of players from the Amsterdam's club are nominated.

Donny van de Beek and Dusan Tadic are in the running, while Frenkie de Jong and Matthijs de Ligt - who have since moved on to Barcelona and Juventus respectively - are also included.

Tottenham's Son Heung-min and Hugo Lloris are included from the losing Champions League finalists' ranks, but there is no place for Harry Kane or Christian Eriksen.

The Ballon d'Or winner will be named in Paris on December 2.

Meanwhile, De Ligt is one of 10 youngsters nominated for the Kopa Trophy, awarded to the best performing player under the age of 21.

Borussia Dortmund and England winger Jadon Sancho is listed for the prestigious accolade and Joao Felix - signed by Atletico Madrid from Benfica for €126m earlier this year - is also in contention.

Four contenders for the Yachine Trophy ply their trade in the Premier League, with Alisson, Ederson, Kepa Arrizabalaga and Lloris included on the 10-man shortlist.

The likes of Jan Oblak and Marc-Andre ter Stegen are also battling it out to win the new award, which is handed to the best goalkeeper of the past 12 months.
Full list of Ballon d'Or nominees: 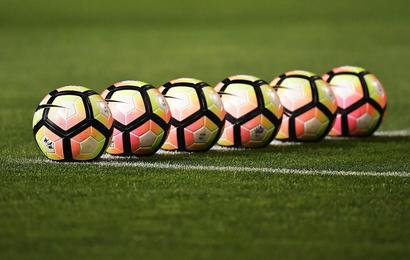