The former Leicester City boss had been suspended pending an internal investigation, but the disciplinary process has now reached an end after his departure.

Pearson only took charge of the Rams at the beginning of the season, but oversaw just one win from nine league matches.

After his exit was confirmed, Pearson released a statement describing his disappointment through the League Managers' Association.

"Although disappointed that my tenure at Derby County has come to an abrupt and premature end, I would like to take the opportunity to thank my colleagues who supported me during my short time at the club," it read.

"I was suspended by the club last week. The speculation in some areas of the media has not made the separation a smooth one and my suspension period has been difficult for both myself and family.

"I can confirm that I have not been made the subject of any disciplinary action.

"I leave in the knowledge that I have, together with my closest staff, strived to achieve progress.

"I would like to wish the club and its supporters success moving forward."

Derby aims to appoint a new manager "as soon as possible", according to a statement released by the club.

Next Totti: My son is not as good as me
Read 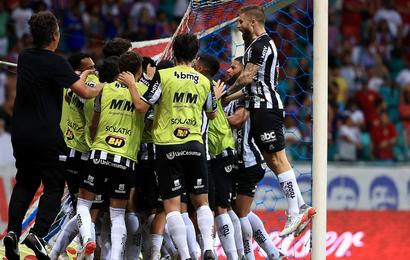 Celtic beats Hearts to make it three in a row