A 1-0 win over Gimnasia Jujuy on Saturday saw Argentinos Juniors seal promotion from the second-tier.

Under the guidance of former Real Madrid and Manchester United defender Gabriel Heinze, promotion came just a season after it was relegated.

Maradona made his professional debut with the club as a 15-year-old and was delighted with their success.

"I want to congratulate the players of Argentinos Juniors, 'Gringo' Heinze, his technical body and the managers for returning the 'Bug' to where it belongs," he wrote on Facebook.

Argentinos have lost just six league games this season to be 13 points clear at the top, securing a return to the Argentine Primera Division. 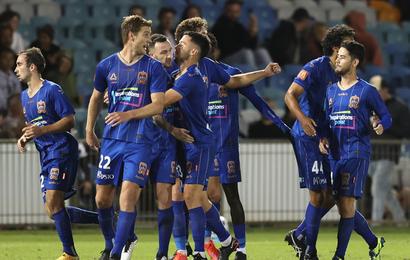