Vendrame was fondly remembered in Italy on Sunday (AEDT) as a maverick winger of the 1970s whose good looks and playboy lifestyle evoked comparisons to Manchester United and Northern Ireland great Best.

La Gazzetta dello Sport remembered Vendrame as "a symbol of the seventies" as well as a "rebellious" player, who went on to write poetry and books.

Vendrame appeared largely for Vicenza in Serie A, and the shaggy-haired, bearded player had a short spell at Napoli, with Udinese and Padova also among his former clubs.

Accounts of his life were colourful, with Vendrame once detailing his relationship history by explaining: "How many women have I brought to bed? Hundreds, but I loved them one by one. I never made love without feeling."

Vicenza said Vendrame died on Saturday at his home in Conegliano Veneto, describing him as a "genius, icon and symbol of a football that no longer exists". A number of reports stated Vendrame had been suffering with a tumour.

He wrote a warts-and-all account of his career in a book titled 'If you send me to the stands, I'll be glad', and is said to have once stopped a match to greet his musician friend Piero Ciampi after spotting him in the stands.

In a final interview, in October 2019, Vendrame apparently explained why he was rarely seen in public, saying: "If I have to talk to imbeciles, I'd prefer to die of loneliness."

Describing the coaching of young players that earned him an income in the 1980s, he once said: "But some parents detest me, I dream of coaching a team of orphans."

Next Ireland appoints Kenny as McCarthy steps down
Read 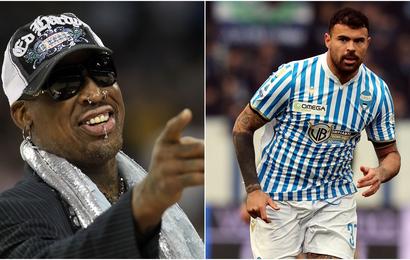