Aubameyang was again the subject of intense transfer speculation in the close-season, with Tianjin Quanjian and AC Milan open about their interest.

The 28-year-old has frequently spoken of his desire to join Madrid but with that switch failing to materialise, he is content to remain at Signal Iduna Park.

"I have no dream. I shall no longer speak of Madrid. They don't want me. This is not a problem. I move on. I am well in Dortmund," Aubameyang told RMC.

"I feel that the clubs don't want to go too far [with me]. I'm inevitably frustrated. We had an agreement with Borussia that I could leave. It didn't happen. It is a disappointment. But I'm also happy to stay."

And, with PSG having signed Neymar in a world-record $A331 million transfer from Barcelona and secured Monaco star Kylian Mbappe on a loan deal that is expected to be made permanent for a fee of $A271.2 million, it would appear unlikely the Ligue 1 club will go back in for Aubameyang.

Aubameyang said: "At the beginning of June I met Nasser. It was before Antero Henrique's arrival. And when Henrique came to PSG, they decided that they wouldn't take me.

"Milan offered me something. I was very interested by the project. It did not happen for many reasons."

The Gabon international has scored five goals in as many Bundesliga games for Dortmund this season. He found the net 31 times in the league last year to finish as top scorer in the German top flight. 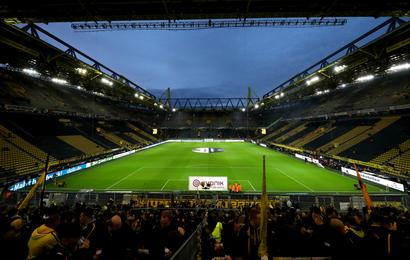