The Belgian Pro League giants breached article 19 of FIFA's regulations in the case of four minor players between 2011 and 2013.

In a statement, Anderlecht confirmed it does not intend to appeal against the judgement despite that avenue being open via the FIFA Appeals Committee.

"The [FIFA] Discipline Committee took into account the club's positive cooperation in the investigation to determine the sanction," the statement read.

"The current management of the club takes note. It does not appeal this judgment and confirms again, as it also demonstrated to FIFA, that such administrative deficiencies have not appeared in recent years and will not happen anymore in the future."

According to Belgian newspaper HLN, the four players involved in the transfers where breaches occurred were Chancel Mbemba, Dragos Cojocaru, Patrick Tshiani and Bimar Magar.

Chelsea was handed a two-window transfer ban by world football's governing body in February for contravening article 19, although the Premier League club was found to have committed 29 infringements.

The Blues have taken their case to the Court of Arbitration for Sport after losing an initial appeal with FIFA.

The Royal Belgian Football Association has also been found to be in breach of FIFA rules in connection with minors and fined CHF 230,000 (€203,793). 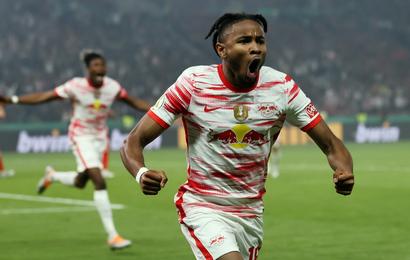