All the final squads for Copa America Centenario

While Europe's best players, well most of them anyway, are duking it out in France at UEFA EURO 2016, the majority of the rest of football's elite talent are gathering in the United States for the 100-year celebration of the world's oldest football tournament, the Copa America.

Mingling with the likes of Lionel Messi, Alexis Sanchez, James Rodriguez and Hulk, will be a new generation of stars attracting the eyes and wallets of the world's biggest clubs.

We've sorted the 'new Messi's from the 'new Neymar's, and everyone in between, to bring you the must-see young talent set to light up the tournament.

The feisty 23 year-old has enough swagger to fit right in with the big personalities that populate Chile's talent-laden squad. Brilliant in the air and technically strong with the ball at his feet, Castillo's skill set makes him the ideal point man. Ever willing to engage in the verbal stuff with his opposition, Castillo is one of those nuisance players just as likely to nab a cheeky goal after a round of sledging his opposition. Castillo is often compared to Zlatan Ibrahimovic because of his tendency to engage in argy bargy, but his talent gives him more than just a reputation for arrogance. If he fires in the US, Chile will be a deserved favourite to claim the centenary title to go with the 2015 edition it won.

Kranevitter is the latest highly-rated 'number 5' to emerge out of the River Plate system, drawing inevitable comparisons to fellow 'Los Millonarios' alumnus Javier Mascherano. In a role often reserved for football's more experienced hard men, the 23 year-old operates just in front of the back four, igniting his team's attacks with clinical angled distribution. His calmness in possession of the ball is matched by an authority in defence and a measured tackling style that caught the eye of Atletico Madrid manager Diego Simeone, who signed Kranevitter last year before loaning him back to River. The man considered a natural heir to Gabi at the Spanish club has already done well to crack a star-studded Argentina squad that's made more headlines for the names that missed out than the ones that got the call-up.

Stocky and strong, Polo is considered one of the nation's brightest attacking talents. He's drawn comparisons to compatriot Jefferson Farfan due to his robust, physical style. Now 21 years-old, Polo is on the books at Internazionale and looking to enhance his reputation with a strong showing at Copa America. Pre-eminent South American football expert Tim Vickery described Polo as "a special player" in a column for the BBC, and while his team may struggle to escape a group containing Brazil, Ecuador and Haiti, his hard-running style will present some headaches for rival defenders.

The France-born Haitian player has represented the European nation at junior levels and plies his club stuff at PSG. Capable of operating on both flanks, Lambese boasts all the traits of the quintessential modern box-to-box midfielder. He can tackle, dribble and has an eye for the pass. His versatility and positional awareness allows him to be deployed either in defence or in advanced attacking positions. Haiti might be the odd one out in a Group containing Peru, Ecuador and Brazil, but the 21 year-old is definitely one to keep an eye on.

Where Freddy Adu was a cautionary tale in over-hyping a young, fledgling football talent, Croatian-born teenager Christian Pulisic - the latest teenager to don the United States jersey - appears to be the real deal. The Borussia Dortmund attacker's kit bag is bulging with the full attacking repertoire: legitimate pace, trickery of the two-footed variety, passing and shooting. Operating on the left, he likes to take his opponent on and cut onto his right foot. After scoring 20 goals in 34 games for the US under-17 team, Pusilic became the youngest American to play in a World Cup qualifier when he was called up for the senior team's against Guatemala in March. The 17 year-old has played nine matches for Dortmund this season, becoming the youngest player to score at least two goals in the Bundesliga.

A number of stand-out performances for Atletico Nacional in this season's Copa Libertadores have propelled the 19 year-old into the consciousness of a cluster of the world's biggest clubs. Liverpool, Porto, Benfica and Internazionale have all been linked with the versatile attacker, who will come at a considerable cost. Thrust into the intense world of senior continental club football this season, Moreno has handled the pressure with aplomb, providing assists with his classy distribution, confounding players with his dribbling ability and mucking in with goals himself. Oh and he can defend too, giving him that all-action quality that clubs crave. While his future remains the stuff of fierce internet speculation, for now we can enjoy him linking up with Rodriguez and Juan Cuadrado in a combination that threatens to be delicious.

Penaranda broke his first Lionel Messi record last year, when he became the youngest foreigner - at 18 years-of-age - to score a brace in a senior La Liga match. His elevation to Granada's first team had been rapid and his return of four goals from his first nine matches marked his as a name to watch. Tall, strong, exceptionally fast and skilful, Penaranda can play centrally or wide in a front three and is one of the brightest recent prospects to emerge for Venezuela. He was snapped up by Watford on a four-year deal this season, and promptly loaned back to the La Liga club.

If you could bottle all the traits we've come to admire about Diego Simeone's Atletico Madrid - toughness, skill, resilience, character, speed, ruthlessness - and condense all of it into one player, Uruguayan defender Jose Giminez is probably what you would get. It's no surprise Simeone has facilitated his rapid elevation to the Atleti starting team. Such is the 21 year-old's positional awareness, speed on the ball and tenacity off it, you'd be forgiven for forgetting the names of the star players who he was signed to replace in 2013. How best do you sum up a player like Gimenez? Just Youtube the clips of him throwing his head at the feet of on-rushing attackers in a last-ditch effort to save his team. Actually don't. We've done it for you. Gimenez is also brilliant in the air, often out-leaping the attacking tall timber rushing at him, to clear the ball.

Described as the 'new Neymar', Gabriel followed the fleet-footed Barcelona attacker off the fabled Santos production line and into the hopes of expectant Brazil fans. As those who have watched 'Gabigol' will attest, that's about where the Neymar comparisons end. Or at least they should, with the 19 year-old most comfortable as a central striker, hanging out off the shoulder of his marker and using his strength to feed off anything loose. That's not to say he hasn't been used out wide in an attempt to channel the feats of his iconic forebear. Gabriel has neither the speed or the polished skill of the Barca man, but what he lacks in end product he makes up for in tenacity. He's also versatile enough to drop back and help out the midfield. His desire to go and get the ball can sometimes leave him in a different postcode when the counter-attack is on, but as a point man, he's the best prospect Brazil has had in years.

Next Reus left out of Germany's squad on his birthday
Read 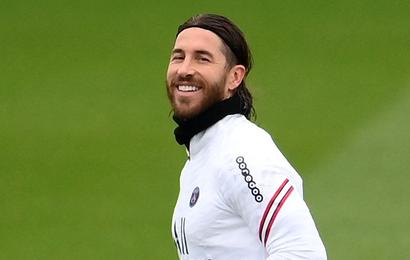