Two goals from Kelechi Iheanacho and one from Youri Tielemans were enough to give the Foxes only a second victory over the Red Devils in 26 meetings in all competitions.

United, which levelled in the first half through Mason Greenwood before Tielemans' fine winner, looked well short of its best for much of a contest for which they made five changes from their Europa League win in Milan three days earlier.

Iheanacho headed in a third 13 minutes from time to make certain of victory as United lost an away match in domestic competition for the first time since 19 January 2020.

Fred had twice lost possession in United's half before his dreadful backpass to goalkeeper Dean Henderson gifted Iheanacho an easy finish.

Despite its changes, United played like a team struggling with fatigue in the first half, as Leicester pressed it into errors without managing to take full advantage.

It was therefore something of a surprise when the visitor levelled seven minutes before the break. Pogba's low cross from the left was dummied superbly by Donny van de Beek, giving Greenwood the chance to smash home his first goal in 16 appearances.

Leicester regained the lead in prompt fashion in the second half, though, Tielemans drilling a fine shot beyond the reach of Henderson after drifting easily away from Nemanja Matic and Fred.

Jamie Vardy should have made it 3-1, skipping beyond Harry Maguire only to drag a shot wide of the left-hand post with only Henderson to beat, prompting Solskjaer to make four changes to breathe life into United's display.

It was one of those substitutes, Scott McTominay, who conceded a cheap free-kick near the box and then allowed Iheanacho to drift behind him to nod home Marcus Albrighton's delivery. 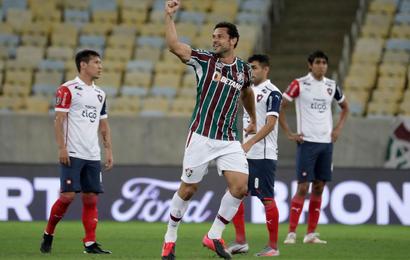