Radradra joined the English outfit over the summer after the French side failed to match the Bears' financial offer.

Radradra's side will face the winner of Toulon's match against Leicester taking place on Sunday (AEST) for the 17 October (AEST) fixture in its first continental final.

The visitors' early dominance was underlined as Matthieu Jalibert dived over in the corner after a sublime individual effort after 15 minutes.

The France five-eighth then kicked two penalty goals before the 30-minute mark before the Bears' 35 minute blitz.

Two minutes before the break club captain Steven Luatua made the most of some Radradra magic in open play and the hosts trailed 13-7 at the break after Callum Sheedy's touchline conversion.

Radradra was shown a yellow card on the 43-minute mark for a high tackle but the Bears continued to control the play and full back Max Malins's converted effort put his side into a 14-13 lead.

Sheedy, who is eligible to play internationally for England, Ireland and his native Wales, stretched the lead to make his 20-13 with 17 minutes to play.

Substitute five-eighth Benjamin Botica missed the chance to cut the deficit less than 60 seconds later but took the game into extra-time.

Botica converted Joseph Dweba's 67th minute try to make it 20-all and neither side was able to find the winning points in normal time.

Competition rules stipulate if a team scores more tries than its opponent during the 100 minutes of regular and extra-time then there would be no need for a penalty shootout if scores remained equal after the extra 20 minutes.

Malins claimed his second of proceedings eight minutes later and Sheedy's extras made it 34-20.

Next Twickenham to host European cup finals with fans
Read 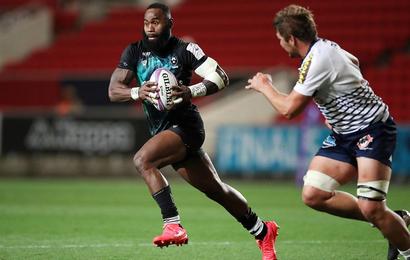