Ronaldo fell just short of becoming the second player in history to reach a century for his country after Iran's Ali Daei on an afternoon when he struggled on a slow pitch at Stade Jose Barthel, where the reigning European champion was made to work hard for the victory. 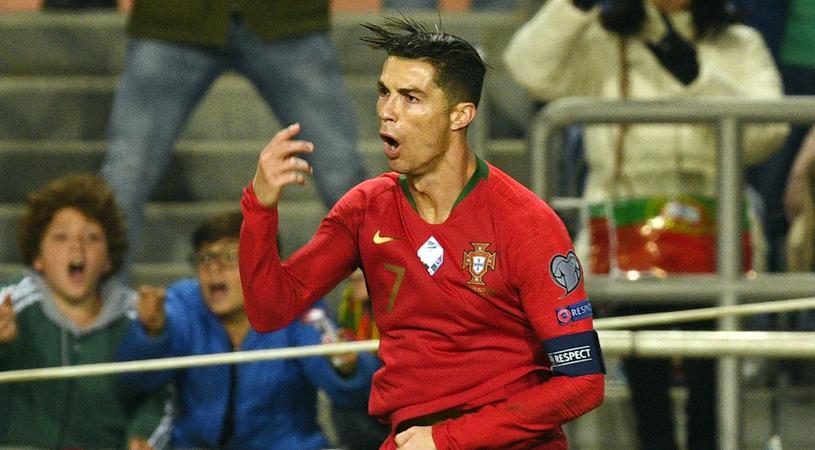 The creative endeavour of Bernardo Silva proved more of a threat than Ronaldo's presence and it was the Manchester City playmaker who teed up Bruno Fernandes to break the deadlock late in the first half of Sunday's Group B clash.

Thereafter Portugal offered little and those gathered at Stade Josy Barthel to see Ronaldo make history were instead treated to an impressive display from a side ranked 96th in the world by FIFA, but the Juventus talisman did manage to score from practically on the line with four minutes remaining.

Ronaldo gave Anthony Moris an easy save with a tame shot from 12 yards early on but it was not all one-way traffic, with Danilo Pereira and Fernandes leaving gaps in midfield that allowed Luxembourg to attack.

Maurice Deville and Gerson Rodrigues both headed narrowly over the crossbar and the hosts deserved credit for restricting Portugal's first-half chances, although they were powerless to stop Fernandes' opener.

The Sporting CP star deftly controlled Silva's weighted pass six minutes from half-time before putting his laces through the ball, hammering a shot into the bottom corner of Moris' net.

Jose Fonte headed just wide early in the second half but it was the hosts who played the better football without creating a clear scoring opportunity.

Fernandes was brought down by Olivier Thill with 13 minutes left, presenting Ronaldo with a free-kick on the edge of the box, but Portugal's all-time leading goalscorer blazed wide with an effort that looked set to sum up his afternoon.

That was until Moris parried Diogo Jota's effort from a Bernardo cross and Ronaldo helped the ball over the line to ensure his name was on the scoresheet.