Highly rated midfielder De Jong has been heavily linked with LaLiga champion Barca and Premier League holder City amid a string of his impressive performances for Dutch giant Ajax.

Reports also emerged of a possible €75million move to Ligue 1 champion PSG in the off-season, however the 21 year-old star is uncertain of his club future beyond the 2018-2019 campaign.

"It's difficult to say what will happen," De Jong told the Guardian. "I want to finish this season well with Ajax. Then we will see.

"Maybe I'll stay for another year, maybe I'll leave. But I am not sure."

On the ongoing speculation, De Jong added: "I don't pay attention to it.

"I hear the stories but I just want to finish this season well."

While De Jong is focused on helping Ajax win its first Eredivisie title since 2014, the Netherlands international revealed his admiration for City boss Pep Guardiola and his style of football.

"I love this style. Get the ball back quickly, then play possession with so many combinations," De Jong said. "When you watch that, you get the feeling you want to go out on the pitch and play football with your friends and just enjoy yourself. City and Barcelona are great examples." 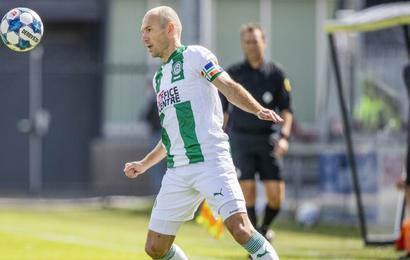