Marcelo Bielsa's men put the pressure back on the Canaries earlier on Sunday (AEDT) with a win at Bolton Wanderers and Norwich was unable to respond in kind, only salvaging a point thanks to Max Aarons' late equaliser.

Norwich took the lead in style in the 39th minute, as Marco Stiepermann collected Teemu Pukki's lay-off and curled a delightful effort into the bottom-left corner from the edge of the box.

Bristol hit back on the stroke of half-time, however, Famara Diedhiou netting from the centre of the area, making the most of suspect goalkeeping from Tim Krul.

The host completed the turnaround just after the break, Callum O'Dowda emphatically blasting in off the crossbar from a tight angle on the counter.

Both sides had the capacity to threaten, as Diedhiou tested Krul from distance, while Mario Vrancic went agonisingly close to connecting with a teasing Alex Tettey cross.

It was the Canaries who eventually netted again, though - Aarons nodding in at the back post after a brilliant Onel Hernandez cross.

Yet the draw was not enough to keep Norwich top and Leeds now sit a point clear at the summit.

Next Derby moves up to fourth after tense stalemate
Read 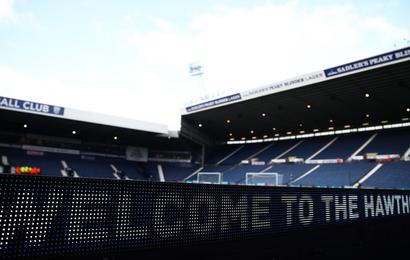