Wolverhampton Wanderers missed the chance to return to the top of the EFL Championship as it suffered a 2-1 defeat to Queens Park Rangers.

Nuno Espirito Santos' side, which took Manchester City to the brink before losing on penalties in the Carabao Cup during the week, lost only its third league game this season after an 81st-minute header from Matt Smith, meaning Sheffield United remains a point ahead.

Cardiff City was held by Millwall but Bristol City, fresh from a 4-1 Carabao Cup thrashing of Premier League struggler Crystal Palace, continued its fine form with a win at Sunderland, where the season goes from bad to worse.

Derby County claimed a fine victory at Norwich City and Middlesbrough won at Reading, while bottom-of-the-table Bolton Wanderers picked up a point at Fulham, although it will feel it should have been more.

Wolves lost top spot on Saturday (AEDT) after Sheffield United claimed a 2-1 away win against Leeds United, and they failed to rescale the summit as they were seen off by a spirited QPR.

Cardiff was held to a 0-0 draw by Millwall and Bristol City is now only four points behind in fourth, with substitute Milan Djuric sealing a 2-1 win at Sunderland after Lewis Grabban had cancelled out Bobby Reid's opener.

Simon Grayson admitted he was "disappointed with the players and what they have done" after watching Sunderland slip to a fifth home defeat in six league games. It has not won at The Stadium of Light since last December.

Bolton was seconds away from a first away win of the season only to see Tom Cairney's stoppage-time goal earn Fulham a 1-1 draw.

Sammy Ameobi's fine strike put the visitors ahead at Craven Cottage but Cairney's header in the 94th minute denied the victory, although they are at least now only two behind Sunderland at the bottom.

Burton Albion had hoped for a positive result against struggling Ipswich Town and took the lead through Ben Turner, but a Martyn Waghorn effort and an 89th-minute free-kick from Bersant Celina kept Mick McCarthy's side in the top 10.

Preston North End's play-off chase suffered a blow as it lost 3-2 at home to Brentford in an enthralling encounter, with Ollie Watkins hitting the winner to stretch his side's unbeaten run to seven league games.

Reading slipped closer to the bottom three with Grant Leadbitter and Britt Assombalonga earning Middlesbrough a 2-0 win at Madejski Stadium, meaning Barnsley's 1-1 draw at Sheffield Wednesday was enough to lift it one point above the Royals in 19th place.

David Nugent and Sam Winnall gave Derby County a 2-1 win at Norwich City, meaning only goal difference is keeping it outside the top six, while Everton loanee Kieran Dowell scored a hat-trick as Nottingham Forest held on to a 3-2 win at Hull City that leaves it only two points shy of the play-off places.

Next Aston Villa remains in sixth after derby draw
Read 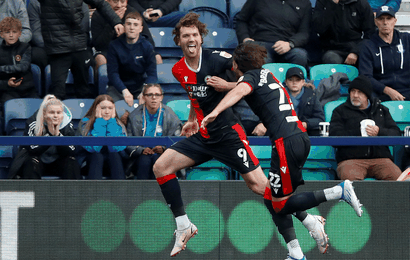 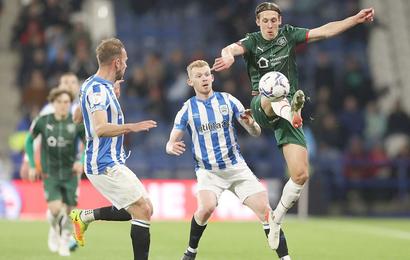