Kovacic sustained an injury early in the second half of the Blues' 2-0 last-16 first-leg victory at Stamford Bridge, with Ruben Loftus-Cheek replacing him in the 51st minute.

Ziyech also hobbled off before the hour mark after appearing to hurt his ankle, casting doubt over whether the pair will be available for Sunday's meeting with Liverpool at Wembley.

Chelsea took the lead through Kai Havertz in the eighth minute and added to their tally through Christian Pulisic in the 63rd minute, making them the first English team to win five straight home matches without conceding in Europe's premier club competition.

However, Tuchel was frustrated he did not keep Kovacic out of harm's way by taking him off earlier.

"I should've substituted Kova earlier at half-time so we could've saved one more change. I didn't see Hakim's injury and did not speak to the doctor yet. I hope it's not too bad," Tuchel told BT Sport.

"It's a little bit the story of the season, that almost every game or every other game we do substitutions only because of injuries and not tactical reasons. It's following us.

"Sunday is good because it's a lot of days for us to recover and be ready. In general, we don't like to have as many injuries and would like to have more impact from the bench in a tactical matter. But it is what it is. I hope the guys will be ready for Sunday."

N'Golo Kante impressed at the heart of Chelsea's midfield and claimed an assist for Pulisic's goal following a lung-busting surge through the middle of the pitch.

Tuchel was pleased to see Kante showing signs of his best form after a difficult run with injuries. His three assists in all competitions in 2022 are the joint-most at Chelsea and it is the same amount he managed across 75 appearances for the club in 2020 and 2021 combined.

"I was very pleased. It took him a while, I have to say. It was not the real N'Golo in the last matches. He struggled a bit with belief and intensity in his game in general," said Tuchel.

"It was good he stepped up today. You can instantly see how big the impact is if he's in good shape – he's our game changer. He had a huge impact. I'm very happy for him and the team." 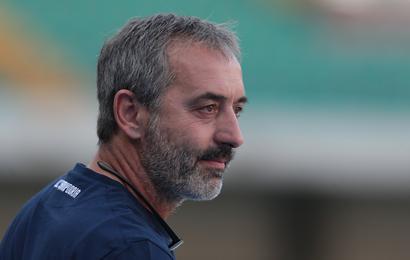