Calvert-Lewin put Everton ahead with his sixth goal of the season after 11 minutes at Goodison Park.

Carlo Ancelotti's side, which has won six consecutive matches in all competitions this season, was pegged back by Robert Snodgrass's 46th minute equaliser.

But Richarlison restored Everton's lead 10 minutes later before Calvert-Lewin bagged his second treble already this season with goals in the 78th and 84th minute.

Ancelotti's joy would have been tempered, though, by the sight of Richarlison and Allan limping off in the second half. 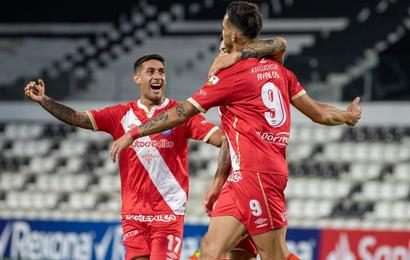