A match dubbed the 'Final of the Century' between the Cairo giants appeared headed for extra-time as Shikabala's wondergoal for Zamalek cancelled out Amr Al Sulaya's early opener in the Egyptian capital.

But Kafsha's superb 86th-minute volley settled the contest and saw Al Ahly win the day in the first Champions League final contested between two sides that have a long and controversy-filled rivalry.

However, an outstanding effort from veteran captain Shikabala, in which he jinked past several players from wide on the right before lashing into the top-left corner from the opposite side of the box, brought the scores level just after the half hour.

Zamalek was in the ascendancy but was grateful for Hussein El Shahat inexplicably side-footing Ali Maaloul's pass against the right post with the goal gaping after 56 minutes.

Zamalek was left to rue that misfortune when Kafsha stole in to knee the ball into the air before directing a 20-yard volley into the right-hand side of the goal with an outrageous piece of skill. 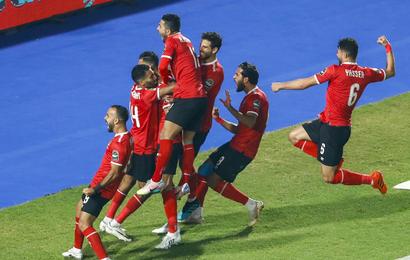