With Dortmund four-points off league leader Bayern heading into tomorrow morning’s (AEST) clash, the title hopes of both side’s rest heavily on the outcome of this Klassiker.

Catch up on every goal from round 27

Most opponents adopt an understandably pragmatic approach against the attacking might of Bayern, but Dortmund is unlikely to show the same respect with its swashbuckling brand of football.

Dortmund’s smothering press and swift counter attacks have punished teams all season, and with in-form Julian Brandt and Erling Haaland up front, not to mention a returning Jadon Sancho, Bayern’s backline faces its biggest test of the season.

The title race and context of the season isn’t the only thing fuelling tomorrow’s Der Klassiker. Here are the tantalising sub-plots of the past which makes a meeting of these giants compulsory viewing.

Despite the intense rivalry, it’s been a tale of ‘there and back again’ for several superstars who have played for both clubs over the past decade.

Bayern famously poached Robert Lewandowski and Mario Gotze away from Dortmund in their prime, while Matts Hummels, who came up through Bayern’s youth academy, has played for each club twice during his senior career.

Tomorrow’s Klassiker will feature four stars who have worn the colours of both clubs, with Lewandowski, Ivan Perisic, Gotze and Hummels.

Seven-years after winning the European cup in 1997, Borussia Dortmund was on the brink of financial ruin with the club unable to pay its players.

“When they couldn't even pay their salaries we thought we should help. I'm a big fan of tradition in sport and I think it was the right thing to do."

Fair play to Bayern, but Dortmund fans will argue the club has repaid its debt with interest, when you consider the it lost world class striker Robert Lewandowski to Bayern on a free transfer in 2014.

Bayern Munich and Borussia Dortmund contested the biggest club prize in football when they met in the 2013 UEFA Champions League final, seven-years ago to the day.

Bayern was desperate to regain supremacy in Germany after Dortmund’s two consecutive league titles in 2010-2011 and 2011-2012, further compounded by a 5-2 defeat to Dortmund in the 2012 DFB Pokal.

Jupp Heynckes’s men had already reclaimed the league title from Dortmund heading into their meeting at Wembley, and they returned with more silverware thanks to decisive strikes from Mario Madzukic and Arjen Robben.

Bayern capped off a remarkable week by beating Stuttgart in the DFB Pokal final to clinch the treble.

As the Bundesliga’s most-successful clubs, Bayern and Dortmund have a stranglehold on the league title, with either side finishing the season on top in 21 of the past 25 campaigns.

Der Klassiker may not boast the long history of other Bundesliga rivalries, but the clubs' tussle for supremacy over the past two decades, plus a few controversial transfers thrown in, has propelled this into the most highly-anticipated fixture in German football. 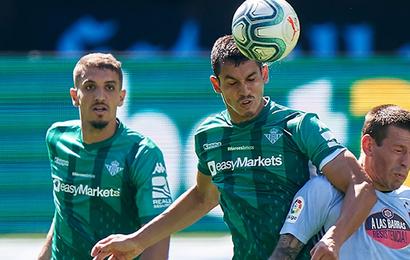