When FC Union earned top flight promotion for the first time in 2019-2020 one could be forgiven for thinking the Bundesliga was as good as it got for this unheralded club with a home ground nestled in among thick forest.

Rather than the beginning of the end, for the capitol club - one of 47 Berlin teams in the top 10 levels of the game - promotion three years ago was merely the start of an unlikely, but rapid rise to the pinnacle of German football, built on triumph over a succession of harrowing obstacles.

In 2004, FC Union Berlin was facing bankruptcy when local businessman and supporter Dirk Zingler came to his club's financial aid. His cash injection saved Union, and he sits as president to this day.

Union's adoring fans did their part, in a campaign dubbed ‘ bleed for Union’ as supporters sold their blood to fill the club's dwindling coffers.

When Union risked losing its license in 2008 over the state of its dilapidated stadium, 2,500 supporters toiled for a combined 140,000 hours of unpaid labour to help bring the ground up to code.

The loyalty has not been lost on the club - a history of blood, sweat and tears culminating in top-flight success has forged an unbreakable unity between the club and its fans, with the Stadion An der Alten Forstere an intimidating fortress for visiting opposition.

It’s not a place to relax and unwind, or to take a load off for that matter. The stadium squeezes in 22,000 fans – 18,400 of which are in safe standing sections which fuels the unrivalled atmosphere and provides a truly unique matchday experience.

Union Berlin fans with a special welcome for Timo Baumgartl, back in the team after five months out following a diagnosis for testicular cancer. pic.twitter.com/ayyphm9rAX

Union Berlin are playing in the @Bundesliga_EN for the first time in their history.

At their first game, supporters held up pictures of fans who had hoped to see their team in the top division, but died before they got the chance 🙏 pic.twitter.com/ziY5TP4pFA

Union Berlin fans with a pyro show during the Berlin derby against Hertha tonight, in England you’re not even allowed a bottle top inside a stadium… 🤣 pic.twitter.com/sYhwffDAJ9

Union was tipped for relegation in its first season in Germany’s top flight in 2019-2020, but shocked punters with finishing 11th. That wasn’t enough to quash the doubters, and despite being tipped for relegation again in 2020-2021, finished seventh and qualified for the UEFA Conference League.

Last season, the Iron Ones improved to fifth and a spot in this year’s UEFA Europa League, and to start 2022-2023, sit top of the league after matchday seven.

The masterminds of this incredible rise have been manager Urs Fischer and managing director of sport Oliver Ruhnert. Operating on a shoestring budget, Ruhnert finds the right profile of talent for a bargain price, while Fischer integrates them seamlessly into the first team with his meticulous game plan. 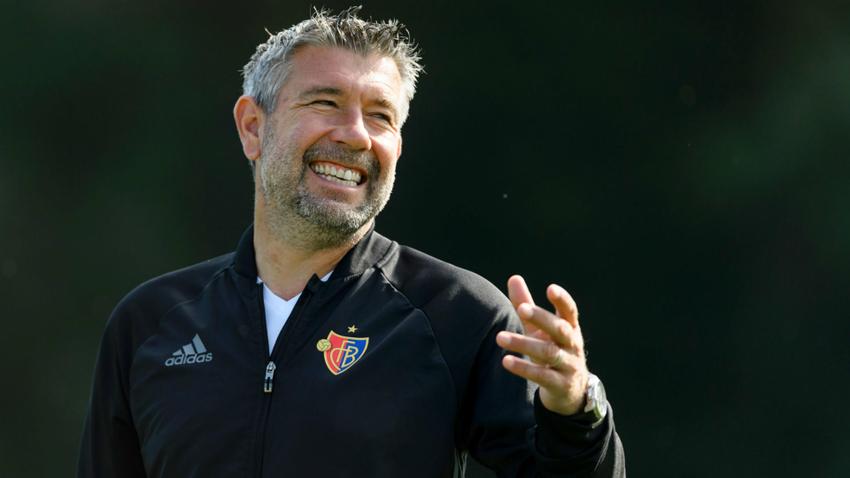 It’s seen the club steadily improve each season in the Bundesliga, despite 15 departures and 18 arrivals within the first team over the summer.

Union Berlin’s form makes a mockery of the historically reliable expected goals (XG) stats, with 15 goals in seven games this season, compared to its XG of 4.7, and a goal difference of 11 far exceeding the expected of -1.4.

Doubters are within their right to say Union won’t keep this up, that the stats will even out. But this well-run club continues to shatter expectations. Driven by its army of devoted followers, Union continues to push on fearlessly and is now sits two points clear of Borussia Dortmund atop the Bundesliga table.

While It's too soon to discuss the title, let's hope these loveable Iron Ones can pull off another football fairytale.