Mannarino ultimately came out on top 5-7 7-6 (7-4) 6-3 but he had to do it the hard way, coming back from match point down to set up a meeting with Ricardas Berankis, who lost only three games in a 6-2 6-1 win over Federico Coria.

Rublev was never cruising, however, as Mannarino only just fell short in the first set and then took the second to a tiebreak, which he eventually won to turn the tide.

The 33-year-old, who lost to Rublev in the final two years ago, took things up a notch in the decider and did not face a single break point as he got the job done despite the home support.

"The crowd was cheering for Andrey but that is normal," he said after reaching the quarter-finals. "I was happy to play with such a nice atmosphere.

"We have been playing for a long time without fans, so it is nice to enjoy a stadium with crowds now."

No.2 seed Aslan Karatsev is now the favourite in Moscow, and the Russian had few issues in a 6-4 6-3 defeat of Egor Gerasimov.

Karatsev will face Gilles Simon next after his 6-3 6-2 win over Mackenzie McDonald, while Pedro Martinez won 6-3 6-4 over Filip Krajinovic to book his passage. 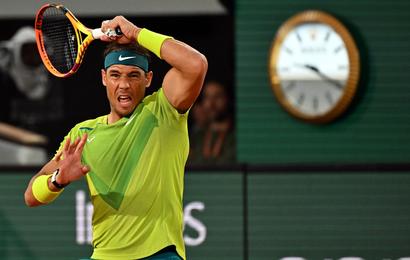