The world No.47 was 6-3 1-0 up against Jurij Rodionov in Sunday's (AEST) semi-final when his opponent retired because of injury.

Cilic eliminated No.1 seed Denis Shapovalov in the quarter-finals and now faces a tough test against world No.21 Auger-Aliassime, who beat Sam Querrey in the other semi-final.

"I'm feeling really good and very excited to be in the final after a period that I didn't reach a final," Cilic, who lost to Roger Federer in the second round of the French Open, said.

"I think this has been a very positive week. I have played good tennis and served really well.

"Considering it is a shorter season, with one week less, for me, it was great to play this week. Losing in Paris to Roger Federer gave me more time to prepare for the grass."

The former Wimbledon runner-up and 2014 US Open champion added: "I haven't enjoyed being at a tournament this much in a long period of time, because it is the first time my son, wife and I are together at one tournament.

"The set-up in Stuttgart is really nice. There is a lot of grass and open space around the hotel for my son to play and it is so much fun having them around."

Auger-Aliassime did not face a single break point and hit seven aces in his 6-4 7-5 victory over Querrey, which lasted an hour and 19 minutes.

The Canadian, who is the No.3 seed, won 16 of his 18 first-service points in the second set and has yet to drop a set in this week's tournament.

It is the second time Auger-Aliassime has reached the Stuttgart final, having finished runner-up to Matteo Berrettini two years ago.

The 20-year-old has lost all seven of his ATP Tour singles finals to date so is longing to be a champion for the first time, even as he tries to stay cool about the prospect.

"You have to be focused all the time," Auger-Aliassime said. "Things can turn around quickly but I was able to do well today.

"There are no expectations. There will be the final tomorrow and other tournaments are coming up and I will try to keep my level as much as I can." 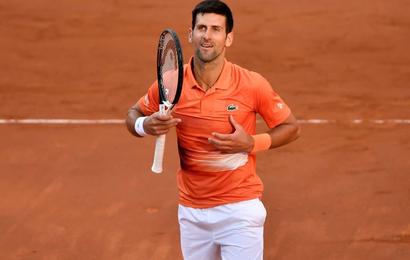 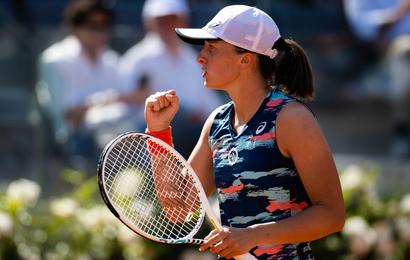